Plastic Vs Cardboard Packaging: Retailers in Danger of Making the Wrong Choice

Retailers are under increasing pressure to find alternative packaging solutions which are perceived to be more environmentally friendly. Unfortunately, perceptions and misinformation mean that retailers are in danger of making the wrong decisions for the wrong reasons. They may choose to switch to an alternative packaging solution to bow to the pressure and appease the masses, whereas these reactive decisions may be worse for the environment and very quickly cause even more serious environmental issues.

Retailers have a responsibility to make a more informed decision based on the facts, not perception.

One example that we’re seeing is a significant migration where meat is now packed in cardboard trays with a plastic seal, where previously it would have been packed in a plastic meat tray. So, let’s compare the two alternatives to determine if this really is the right move for retailers.

Plastic trays such as the vacuum sealed meat tray shown are predominantly made from a material called PET (Polyethylene terephthalate), which is a very common material used in the manufacture of drinks bottles, water bottles, etc. and when meat is packed in a tray like this it is the tray itself which provides the barrier to protect the meat and maintain its shelf life. The meat is then vacuum sealed using a plastic film which provides another protective barrier against oxygen, carbon dioxide, etc. which would cause the meat to foul.

This plastic tray is made from up to 100% recycled PET material known as rPET.

The tray is also extremely easy to recycle after use. It’s recycled in the same way as water bottles and other similar products. In addition, there is a very high demand for the recycled PET material as it is widely used in the manufacture of new recyclable products. This high demand ensures that the recycled plastic will be re-used rather than discarded due to no demand.

When the consumer purchases the tray, they easily peel off the plastic film to remove the meat for use. The film is then discarded in the standard waste bin. The tray itself just needs to be rinsed and then it is ready for recycling and can go into the recycling bin.

The recycling waste then goes to the recycling centre for sorting and washing and the rPET tray will be made into rPET flake along with other products made from the same material, such as water bottles. The flake is then returned to packaging companies to produce more PET packaging.

The cardboard tray, which has become quite common in the marketplace, is a more complex product. The cardboard itself has a very poor oxygen barrier, water vapour barrier and carbon dioxide barrier, so it cannot be used on its own to pack meat. A plastic film must be laminated to the cardboard before it can be truly considered a meat tray. Once the cut of meat is packed in the tray, a second plastic film is vacuum sealed to the tray to provide another protective barrier.

Cardboard trays such as this are generally made from 100% virgin pulp, which means it has come directly from trees, with no recycled paper inclusion!

To even get to this point where we can recycle the cardboard tray is a challenge. Consumers must peel off the plastic film to remove the meat and that plastic film goes in the general waste bin. Once the meat has been removed, the consumer then must remove the laminated plastic film which is firmly sealed to the tray. All plastic must be separated from the cardboard to ensure it is recyclable, and this can be very difficult to separate correctly. It’s very firmly sealed, it has blood and juices from the meat on it and many consumers either don’t like doing it or aren’t even aware that they need to do it.

Once completely separated, the second plastic film also goes into the general waste, which means in terms of volume, you are left with more than double the non-recyclable plastic waste when the cardboard tray is separated versus the plastic tray.

Once completely separated, any blood or meat juices must be cleaned off the cardboard and then it can go in the recycle bin. The consumer must also be careful to try to keep the cardboard tray intact as smaller scraps of cardboard are much less likely to be picked out for recycling in the sorting centres.

In a circular economy, you have a closed loop cycle, which means a product is manufactured, used by the consumer and then the product is recycled to be used again for the same type of product, and the cycle continues over and over again. The plastic rPET meat tray is a circular economy product. After it is manufactured and used by the consumer, it is chopped into rPET flake and recycled into another rPET packaging product, such as another meat tray or a water bottle. And the cycle continues, so the product never goes to landfill or incineration.

The worst-case scenario for the environment is where we have a linear economy. This is where our resources, such as trees, are taken directly from the earth and manufactured into a product, such as the cardboard tray. The product is used by the consumer and then disposed of without completely separating the plastic from the cardboard. The product cannot be recycled, so it goes to landfill or for incineration. The unseparated cardboard meat tray is an example of a linear economy product.

Downcycling is where a product is recycled into a lesser grade new product and the completely separated cardboard tray is an example of a product which can be downcycled. The cardboard tray will never be a circular economy product because it has zero recycled content, so every time it is produced it is made using virgin raw materials taken from the earth. It may be recycled into a different type of card product, but never into the same type of product.

The below table summarizes the outlined comparison of the rPET plastic tray versus the alternative cardboard tray and clearly shows that the plastic tray is a much better option from an environmental perspective.

So, is the seemingly greener alternative to plastic the best option? The reality is that swapping from the plastic tray to the cardboard tray is actually much worse for the environment.

When recycled correctly, the cardboard tray results in more than double the non-recyclable plastic waste than the plastic tray.

For every 1 tonne of rPET that is recycled, 1.5 Tonnes of carbon is saved.

“We are aware that by switching from plastic to other materials we may, in some cases, be increasing our carbon footprint”

“Grocery manufacturers and retailers are sometimes actually opting for alternative packaging materials that are harder to recycle than plastic. The often kneejerk reactions of some buyers and brands can cause frustration for recycling companies as they move away from inherently recyclable packaging types into materials like coated cardboard and composites that are less recyclable and can have a worse environmental impact.” 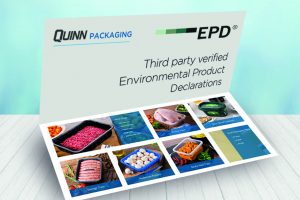 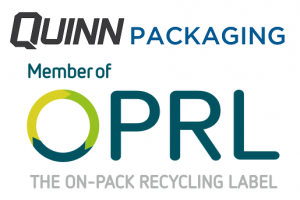 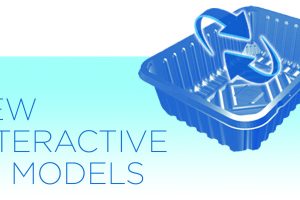